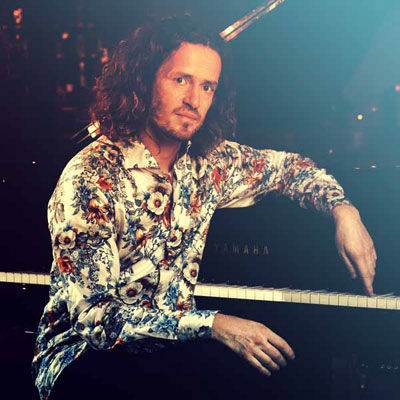 Warrior Records artist Roon Staal is a Dutch singer, pianist, and actor. Â âDreamerâ is the first single from his upcoming album.

At a young age, Roon played the role of Gavroche in the national hit musical Les Miserables. As a teenager, Staal continued developing his musical style by performing in restaurants and clubs, while finishing high school. At the age of 19, he released his original song, âHelp Me Through The Night,â which was picked up by several radio stations in Europe.Â

This lead to Roon securing the lead role of Tommy in the renowned rock-opera where he toured Europe with the Royal Dutch Airforce Orchestra. He then went on to become the opening act for Art Garfunkel's European Tour.

In his twenties, Roon traded off between his study of Philosophy and participating in national musical productions like Rembrandt (Titus van Rijn) and Petticoat (Peter Koot) for which he was rewarded a musical award nomination. During this period, he also released his first albums as a singer-songwriter with recordings of both original material and his own branded versions of famous cover songs.

Currently, Roon continues dedicating himself to his audience with five tours a year in his home country of Netherlands and performances around Europe and Japan.Â

A music video for the song "Dreamer" (directed by Warrior President Jim Ervin) is making the rounds at various film festivals and has already garnered numerous Music Video awards.